“An Ounce of Prevention is Worth a Pound of Cure” While that observation was made in the 1700s by Benjamin Franklin as he discussed fire prevention in Philadelphia – he didn’t spend all of his time helping draft the Declaration of Independence – it reflects the proactive mindset of many of today’s physicians, including Tammera Flores, MD, and Omar Saad Sanyurah, MD, who are now training in an internal medicine specialization offered through the Kirk Kerkorian School of Medicine at UNLV.

They’re physicians who want U.S. healthcare, which traditionally has largely addressed urgent acute medical issues, to include far more focus on prevention and wellness. They know we’re a nation where six in 10 Americans live with at least one chronic disease, such as heart disease, stroke, or diabetes, and they also know that most chronic diseases, the leading causes of death and disability in America, can be prevented by eating well, being physically active, avoiding tobacco and excessive drinking, and getting regular health screenings.

“I want to help my patients take control of their health by making positive changes at home, so that they can avoid hospitalization,” says Dr. Flores. “Managing chronic disease after it occurs is like holding your child’s hand as you attempt to walk them safely across the freeway; the odds of wellness are already significantly decreased. Preventative medicine shows patients how to build a walking-bridge over the freeway, addressing root causes of disease before they progress. Many physicians today have adopted a shared-decision making model for practicing medicine, which prioritizes patients’ values and preferences alongside evidence-based information, but this requires that patients show up and share their concerns with their doctor so the best decision can be made.”

Drs. Flores and Sanyurah recently produced preventive maintenance schedules for adult men and women – based largely on the recommendations of the U.S. Preventive Services Task Force – that accompany this article. They wouldn’t mind if you taped the schedules for screenings, counseling, and vaccinations to the refrigerator or placed them in another highly visible place in your home as a reminder of how prevention can help you stay healthy. Says Dr. Sanyurah: “The earlier we jump on some medical problem that is just getting underway, such as cancer, the better the outcomes for the patient.” Adds Dr. Flores: “Many diseases, like heart disease or diabetes, are decades in the making. By the time you start having full-blown symptoms, the disease is significantly advanced. Then we’re in the realm of dealing with a full-blown disease that is substantially more expensive for the patient and society, and often means a decrease in the length and the quality of a patient’s life.”

Both doctors point out that even small changes in lifestyle can make a huge health difference.

“Studies have shown,” says Dr. Flores, “that if overweight people reduce their weight by even 5 percent, they can decrease their risk of developing Type II diabetes by more than 50 percent.”

Annual wellness visits, Dr. Flores adds, are a good time for patients to talk to their doctors about weight loss, a time when they may be able to get a referral to a nutritionist.

“I think of obesity not only as a gateway condition to diabetes, but also to heart disease and cancer,” she says. “This is because excess body fat directly creates a chronic inflammatory state within our bodies, which is primed for the development of all the chronic diseases…there is a large body of research showing that people who are overweight and obese don’t live as long.”

Annual visits, Dr. Flores explains, “can also enable early detection of skin cancer…and provide the opportunity to screen for mental health conditions, like anxiety and depression, which are common and affect a growing number of people, especially in the context of the pandemic and our country’s rapidly changing socio-political structure.”

Ignorance of the risk factors of any disease, including diabetes, is definitely not bliss, says Dr. Sanyurah. For instance, while diabetes can largely be managed through diet, medications, and an appropriate lifestyle, if left uncontrolled it can be a killer. More than 87,000 people die each year of the disease, making it the seventh leading cause of death in the U.S. It is also the main cause of kidney failure, lower limb amputation, and adult blindness. The annual financial cost of diabetes, which has more than doubled in the U.S. in the last 20 years? More than $237 billion in direct medical costs and $90 billion in reduced productivity.

Also, the doctors point out, timely and simple vaccinations can often prevent diseases capable of compromising, and even ending, the lives of young adults.

“The HPV vaccine is the greatest thing since sliced bread, because it protects men and women from contracting the human papilloma virus, which can lead not only to cervical and vaginal cancer in women, but also oropharyngeal, penile, and anal cancer in men. Not to mention anogenital warts that can occur in either sex,” says Dr. Flores. “The introduction of this vaccine in 2006, along with improvements in cervical cancer screening with pap smears, has contributed to a 75 percent decrease in the number of deaths of women from cervical cancer, which is the third most common cause of death from gynecologic cancer in the U.S.”

The Centers for Disease Control and Prevention (CDC) is such a true believer in the preventive medicine concept that last year, during the surging pandemic, it released a paper extolling the importance of chronic disease prevention and care: “An Ounce of Prevention is Still Worth a Pound of Cure, especially in the time of COVID-19.” Observed the authors: “The…pandemic has only further emphasized the importance of …prevention and care…for example, cancer, heart conditions, diabetes and chronic kidney disease, in addition to being among the top 10 causes of death in the United States…increase the severity of COVID-19 outcomes.”

Couple that ringing endorsement for preventive care from the country’s top public health agency with the fact that the 2010 passage of the Affordable Care Act requires health plans to cover highly recommended preventive services without charging a deductible, copayment, or coinsurance, and it doesn’t seem a stretch to assume the majority of adult Americans regularly get checkups and screenings to allow doctors to detect diseases or medical problems before they become serious and much more difficult, and costly, to treat.

Yet few assumptions could be more wrong.

While Americans embrace the concept of preventive care, a 2018 federal study found that just 8 percent of adults age 35 and older had received all of their recommended preventive services, with only 20 percent of adults receiving 75 percent of recommended services – which include screenings for osteoporosis and several cancers, counseling on tobacco and alcohol use, obesity, and depression, as well as vaccinations.

The study’s authors said the reasons for Americans not getting appropriate preventive care services included finances, lack of health insurance, lack of a usual doctor or nurse, and problems with health care delivery, including wait times in clinics or doctors’ offices.

Dr. Flores said reasons she’s aware of include fear of what certain diagnostic test results might be, falling victim to inaccurate or misleading information found on the internet, and procrastination – “don’t do today what you can put off until tomorrow.”

Needless to say, this can have disastrous consequences if, say, a cancer has taken root.

“People can often make it quite a while without symptoms of a disease,” says Dr. Sanyurah. “Unfortunately, when some diseases manifest later in life it can be very serious. As a physician, it’s very disheartening to see someone dealing with issues where there’s little you can do – and it’s because a person wasn’t active in their healthcare.”

Regardless of the reasons for people not getting preventive care, Drs. Flores and Sanyurah say education remains the best tool for convincing people of its worth.

Dr. Sanyurah says he’ll know his patients are sufficiently educated about screenings and other preventive measures when he can help them fully understand the ramifications of not engaging in the recommended course of action.

“I don’t want to scare them, but because they’re not there at the end to see what happens to people, I want them to know about surgeries that may change how they live their lives and difficulties with treatments like chemo. I want them to know this is what life will look like.”

Dr. Flores is also open with her patients.

“I want my patients to feel empowered by all the wonderful, advanced screening options available to them in the United States and to think of them as tools to help them live healthy lives.” 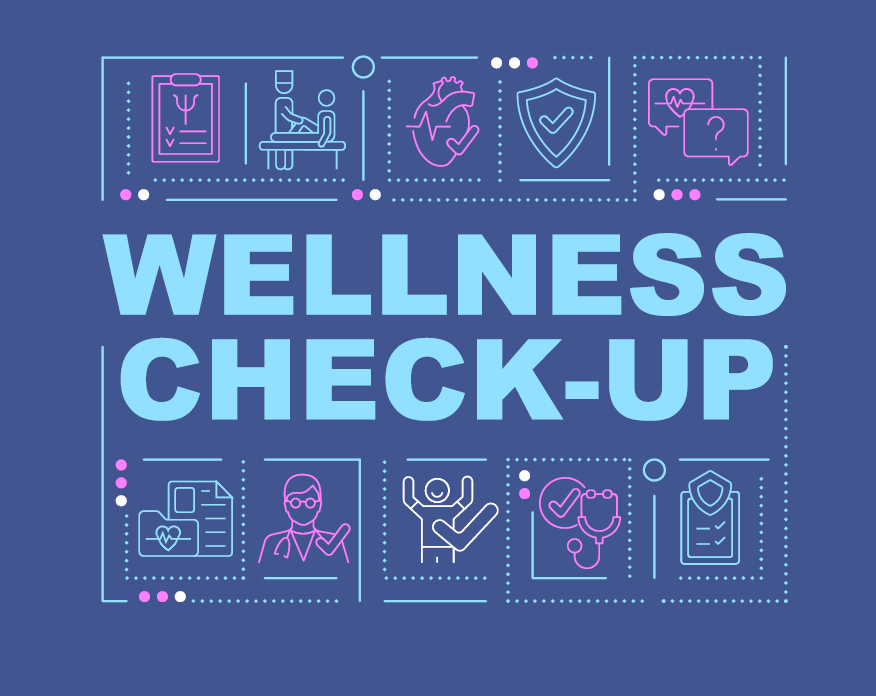 ● Pap smear consists of a pelvic exam during which your doctor will use a speculum to widen the vaginal canal and use a small brush to sample cells from the cervix which are then examined for changes that may lead to cervical cancer.

● Mammography consists of compressing the breasts between 2 plates which take a low-dose X-ray image of the breast tissue.

● DEXA is a full-body low-dose X-ray to measure the density of your bones which is then interpreted by a radiologist.

● Colonoscopy is a procedure under sedation during which your doctor will insert a camera tube into the anus to examine the colon and remove any polyps that could turn into cancer.

The listed recommendations come from the following references: